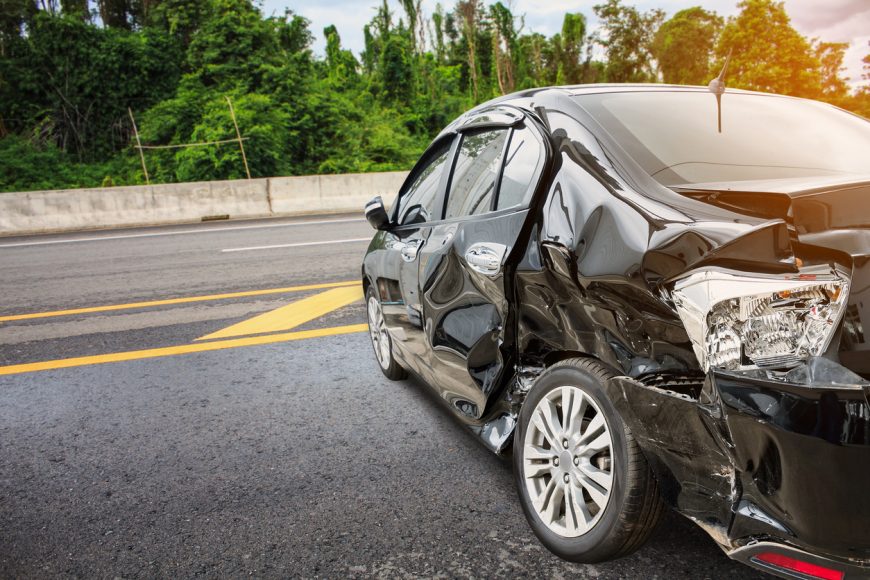 6 of the Most Dangerous Cars Past and Present

Carmakers tout their latest safety features and new technologies, but what about the cars that fall behind, putting their drivers and passengers at greater risk in a collision? These are the 6 most dangerous cars on the road, ranging from modern injury magnets to dangerous classics.

The all-new Hyundai Accent is an IIHS Top Safety Pick thanks to good crash performance and optional crash avoidance equipment. However, older models aren’t as safe. Every few years, the Insurance Institute for Highway Safety releases data on vehicle deaths across all makes and models. In their latest study, released in 2014, there were an average of 30 driver deaths per million registered vehicles. Overall, the worst-performing car was the Hyundai Accent sedan. Rated “poor” in driver-side small overlap front crash tests and average in side impacts, this model accounted for 104 deaths per million registered vehicles. Oddly, the hatchback, which suffers the same safety problems, scored just 63 out of one million.

That said, the Hyundai’s performance is a huge improvement over the institute’s initial survey in 1987. Back then, the Corvette was ranked the least safe car on the road at 520 deaths per million.

While not deadly, the small crumple zones of the Yaris coupled with a dated chassis and lack of advanced safety equipment make it more likely that drivers and passengers will be injured while in this vehicle. On average, 29 injury claims were made for every 1,000 sold through the early 2010s.

Mustang and Camaro drivers may get a bad rap for driving like hooligans, but when it comes to single vehicle accidents, the worst vehicle is actually the Nissan Titan 4×4. At 62 accidents per million, this truck is over 5 times as dangerous as an average vehicle.

This rebadged 90s Sentra was Mexico’s cheapest car, replacing the VW Beetle as the car of choice for taxis. Thanks to a dated design and complete lack of airbags, the Tsuru did poorly in Latin NCAP tests, raking “Poor” or “Marginal” in driver’s side safety tests and 0 out of 5 stars overall. Between 2007 and 2012, crashes in the Tsuru accounted for over 4,000 deaths in Mexico alone. Nissan finally stopped production of the car in 2017.

The DMC 12 is one of the most famous flops in automobile history thanks to a long list of problems including tepid performance, factory riots, and a drug sting operation that tried to frame the company’s president, John Delorean.

Often overlooked in all this mess is the car’s gull-wing doors. Since the door panel extends to the center of the roof, the doors can’t be opened if the car is upside down. This leaves the driver and passenger trapped until the vehicle can be put back on its wheels, increasing the time before they can receive medical treatment and putting them with no escape route if the vehicle catches on fire. Mercedes-Benz uses similar doors on the SLS, but they come with a detachment system that lets the door be pushed out of the way in an accident.

How far has safety technology come since serious testing began? To find out, the IIHS decided to celebrate their 50th anniversary by performing a 40-mph offset crash using the then-new 2009 Chevy Malibu and its 1959 equivalent, a Bel Air sedan.

The result: a driver in the Malibu might have a foot injury and some bruising, while a driver in the Bel Air would suffer major injuries to the neck, chest, and both legs. With no seatbelt to keep the dummy in place, the head bounced around, striking the steering wheel, roof and metal instrument panel. The bench seat was torn from its mounts and the windshield flew out of its mount, making ejection likely.

The crash stirred up a controversy with claims that the Bel Air had its engine removed, or that the frame was compromised. Senior Vice President David Zuby confirmed that the car they used was complete and drivable. Not wanting to crash a museum piece, they chose a rough vehicle that had covered 78,000 miles and had only minor surface rust, making it a good real-world comparison of crash performance.

Make Sure Your Car is Still Safe After a Collision

Your car can save your life in an accident, but without professional collision repair, crumple zones and safety systems won’t be effective the next time around. Merton Auto Body has top quality equipment and technicians with the latest training to make sure every accident repair goes smoothly. We’re up the road from the Ironwood Gold Course in Sussex, WI. That makes us a short drive away no matter where you are in Lake Country.