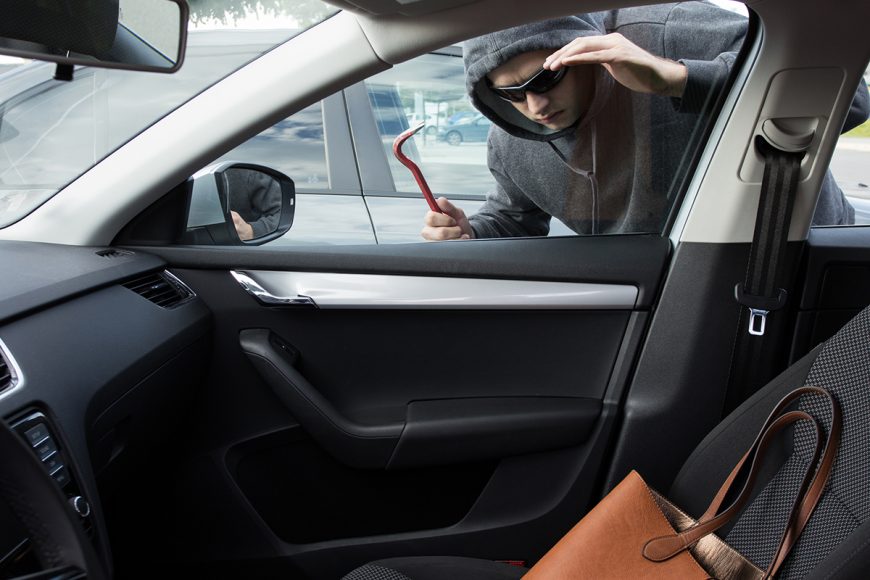 Better enforcement and improved theft prevention technology have led to a rapid decline in vehicle thefts over the past 15 years, but the FBI estimates around 521,000 personal vehicles are still stolen in the U.S. each year. On average, each stolen vehicle incurs about $6,000 worth of damage, whether it’s lost, damaged during theft, or parted out through chop shops. Insurance will cover part of these expenses when the vehicle is recovered, but the owner is still left to pay the deductible as well as outside expenses like car rental. With a few simple steps, you can make your car less attractive to thieves so you can avoid these costs.

This should be painfully obvious, but it happens surprisingly often, especially when vehicles are left to warm up during the winter. Modern vehicles are designed to be driven gently to warm up, which gets them up to temperature faster and creates less wear and tear on mechanical and emissions components.

How can you keep your car safe and keep from freezing during your commute? Adding a block heater warms the oil before starting, which means the engine will warm up faster and you’ll get heat from the vents sooner. If you feel like you must warm your car up before driving, consider a remote start system. This lets the engine run without a key in it, so the doors and steering column are still locked.

Keep Your Car Locked and Your Windows Up

Again, this is a simple step, but it’s easy to forget when you just need to grab something. Have a hatchback? Make sure the hatch is locked: even if it’s electric, it may not be part of the central locking system.

Worried about summer heat? Instead of opening the windows to let hot air out, put a reflective sun shade behind the windshield to keep the heat from getting in.

Keep Valuables Out of Sight

Smartphones, purses, and even a few coins can be enough to lure a thief into breaking into your vehicle. Hiding these objects in the glove box, center console, or trunk will make your car less tempting. Taking them with you will keep you from losing them if the car is stolen, which means one less thing to worry about.

Chances for theft extend past valuables: mail and bank statements can be used for identity theft. While the thief might not be engaged in that type of activity, they can sell that information to people who do.

Thieves don’t want to be spotted, so it pays to make your car more conspicuous. At night, park under a light whenever possible to make it easier to see activity around the vehicle. Also, try to park near other vehicles so there will be more passers-by that can spot someone trying to break in.

An immobilizer uses an electronic identification system to match the key with the vehicle to turn on the ignition system. That means hot wiring, or getting a simple copy of a key won’t be enough to start the car. Many modern cars already have this built in, but there are also aftermarket systems that can be added to older vehicles.

Starting your car or unlocking the doors from your smartphone is really convenient both for you and for thieves. Since the thief doesn’t have to be next to the vehicle while breaking into it, it lets them take control of a vehicle at their leisure, appearing only when they know they have access.

In 2015, a proof-of-concept attack was demonstrated on Chrysler’s UConnect system by Charlie Miller and Chris Valasek, taking control of a Jeep Cherokee’s electronics and deactivating functions like the gas pedal and brakes. Their work prompted Fiat Chrysler to recall over 1.4 million vehicles to fix software exploits as well as the passing of the Security and Privacy in Your Car Act AKA the SPY Act, which puts the NHSTA and FTC in charge of evaluating the security of vehicle control systems. Eventually, this research will include a “cyber dashboard” rating of vehicle security included on the window sticker, but currently, there’s no industry-wide body testing these systems for exploits.

Taking these steps can go a long way toward keeping your car safe, but it doesn’t make your vehicle theft-proof. If your car is damaged by a theft or attempted theft, bring it to Merton Auto Body. We can replace broken glass, fix dented body panels, and repair paint damage so your car will look like it did before it was taken.