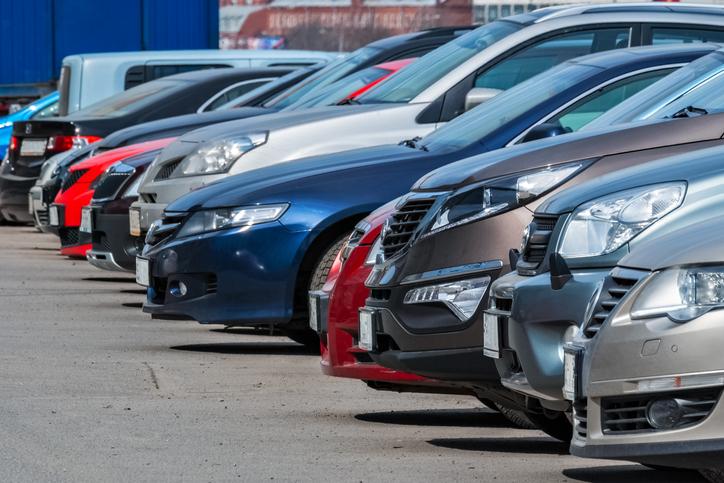 Safety isn’t a fun subject, but it can make the difference between walking away and spending time in a hospital when you have a car accident. It’s easy to check for safety features, but what about size? Conventional wisdom holds that bigger is better, and there are plenty of people out there who think nothing is safer than heavy steel of a classic land yacht. How much of this is true? Should you put vehicle size ahead of other considerations when putting your teenager in their first car or picking a vehicle for your family?

So, a bigger vehicle is safer, right? Not exactly. Trucks didn’t score nearly as well as their family-hauling counterparts. The largest pickups had a fatality rate of 40 per million, which is just behind mid-size cars at 38 per million. Truck safety requirements have always lagged behind other vehicles. However, it’s also due to how these vehicles are constructed to meet CAFE fuel economy standards. Automakers build vehicles to be at the bottom end of CAFE vehicle categories to maximize fuel economy. Trucks have to meet these weight limits while being able to tow heavy loads. SUVs and crossovers don’t need to tow, leaving more weight that can be dedicated to safety equipment and crash structures.

There’s a prevailing belief that older vehicles are safer because they’re bigger and heavier. Nothing could be further from the truth.

To understand how much vehicle safety has improved, compare the 2015 IIHS study with the same study conducted a decade earlier. In virtually every vehicle category, the rate of accident deaths per million vehicles dropped by 50% or more between the 2005 and 2015 studies. Trucks saw the biggest drop in large part due to the standardization of electronic stability control, which prevents rollovers. We may see similar drops in fatality rates over the next few years thanks to new technologies like automatic braking.

Vehicle weights aren’t radically different from 50 years ago. Improvements in vehicle construction from door hinges to bumpers make newer vehicles appear lighter. That weight is also being used more effectively, with heavy, low tech components making way for stronger chassis, larger crumple zones, and more safety equipment. Vehicle packaging has also improved, so a mid-size crossover may have as much room inside like an old luxury barge. In other words, a vehicle perceived as heavy and strong may be anything but.

Both the IIHS and NHTSA issues safety ratings that compare performance between vehicles of the same class. That means a 5-star rated car in one class isn’t necessarily as safe as a 5-star car in another class. There also isn’t a clear way to compare different class cars. You can be sure that a large vehicle will be safer than a small vehicle with the same ratings. However, there’s no way to directly compare different-sized vehicles with differing safety ratings.

Other real-world factors also have to be considered. If you were in a smaller car, would you be able to use its agile handling and braking to avoid the accident in the first place? What if choosing a smaller car means you can afford more active safety equipment, like lane-keeping or automatic braking? While you may not be safer in an accident, these technologies make accidents less likely.

Big or Small, We Can Get Your Car Looking and Driving Like New

After your car takes care of you in an accident, let us take care of your car. Merton Auto Body is an I-CAR Gold Class certified shop, and our employees are ASE certified. That means we have the tools and training to fix any car, new or old. Our auto body shop is a few miles west of highway 164 in Sussex, just a short drive or tow from Pewaukee, Hartland, North Lake or Lisbon.