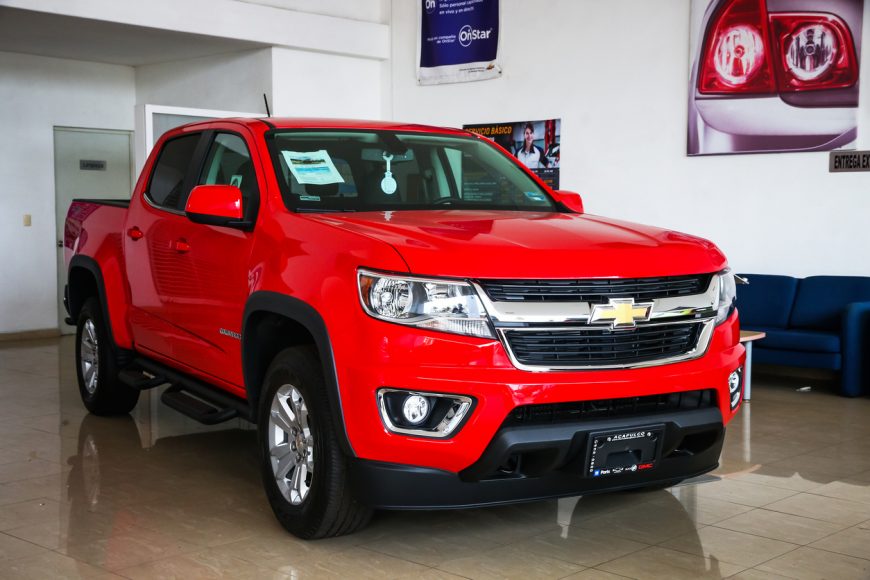 Diesel engines used to be something only seen in the largest trucks, but today you can get them in several light-duty models. Their power and fuel economy may make them enticing, but are they all they’re cracked up to be?

The Engines and the Trucks They Power

While fuel economy may make these trucks seem like a good alternative to base engines, their price and equipment puts them in line with trucks optioned with larger gasoline engines. In general, a diesel truck will come with features aimed at towing including stronger axles and better transmissions.

Ram Ecodiesel – Ram made waves as the first company to introduce a diesel to their light truck line back in 2014. This VM Motori-built 3.0l V6 is also offered in the Jeep Grand Cherokee, but an entirely different 3.0l diesel is used in the ProMaster van. The Ecodiesel makes 240 hp and 420 lb-ft, gets 27 mph on the highway, and costs about $5,000 more than an equivalent HEMI V8.

Ford PowerStroke – This engine is related to an engine used in Jaguars, Land Rovers and Australian Fords, but it was almost fully redesigned for truck use by the team behind the 6.7 liter PowerStroke found in larger trucks. This three-liter engine makes 250 hp and 440 lb-ft, and it gets an EPA-estimated 30 mpg highway, 9 mpg better than the Ecoboost 3.5l. Choosing this engine instead of the Ecoboost adds around $2,400 to the final price.

Cummins 5.0: For decades, Dodge and Ram have used Cummins diesels in their heavy-duty trucks, so it was a big surprise when the engine manufacturer announced a partnership with Nissan. The 5 liter V8 offered in the Titan XD makes 310 hp and 555 lb-ft. of torque. The EPA doesn’t do fuel economy testing on trucks of this size, but owners on Fuely report 15-20 mpg range with a mix of city and highway driving, two to four MPG better than the 5.6 liter gasoline V8. Choosing this engine adds $2,500 to price of a Titan XD.

Duramax 2.8l: GM’s entry into the diesel market is a four-cylinder used in the mid-size Chevy Colorado and GMC Canyon. Producing 181 hp and 389 lb-ft. of torque, it gets 30 mpg highway with two-wheel drive or 28 mpg with four-wheel drive. Choosing this engine adds around $3,700 to the price of these trucks.

In Wisconsin, the price difference between regular unleaded and diesel is around 20 cents. At current prices, the break-even point ranges from 110,000 miles for Ford’s PowerStroke to 220,000 miles for the Ram Ecodiesel. In other parts of the country, it can be 40 cents or more, making it take longer to recoup the up-front expense of purchasing a diesel.

Modern diesels need Diesel Exhaust Fluid (DEF), a liquid catalyst made from distilled water and urea, to break down pollutants. Large on-board tanks hold enough DEF to last thousands of miles, and since it only costs around $3 per gallon, it’s not a major expense.

Overall, diesel engines have fewer problems, but when they do have issues, they cost more to fix. Heavy-duty diesel trucks also have low depreciation, selling for as much as 50% more than their gasoline equivalents. Since these engines are either new or newly redesigned, it’s hard to know just how reliable they will be long-term or how much value they’ll retain.

Diesels make less horsepower, more torque and more low-end torque than naturally-aspirated gasoline engines. That means a gasoline-powered truck accelerates a lot faster than a diesel. Add some weight, and it’s a different story. The added torque of the diesel helps it pull away from stops and keeps it moving while the gas engine has to rev to put down power.

Ford’s turbocharged Ecoboost engines have an almost flat torque curve, so their performance is somewhere between gas and diesel-powered engines. However, these engines need premium fuel to get the best performance, further widening the operating cost gap between these engines and the PowerStroke.

Which One is Right for Me?

In the end, it comes down to how you use your truck. A diesel truck won’t be as fast as a gasoline truck in a drag race, but in day-to-day driving, the difference is hardly noticeable. Once loaded with a heavy trailer, the diesel will easily outperform most gasoline engines. You probably won’t recoup the price of a diesel through fuel savings, but higher resale value may outweigh higher repair costs. If you consistently use your truck for hauling heavy loads, it’s worth looking at a diesel.

Merton Auto Body is an I-CAR Gold Class certified shop, which means our technicians get the latest training in repair techniques to keep up with new car technologies from aluminum body panels to diesel engines. Our auto body estimating center and on-staff appraiser can get work approved quickly so you can be back on the road in no time. For help with collision repair in Waukesha County or the surrounding Lake Country area, make sure to stop by our Sussex, WI location or visit our website to request a free online estimate.