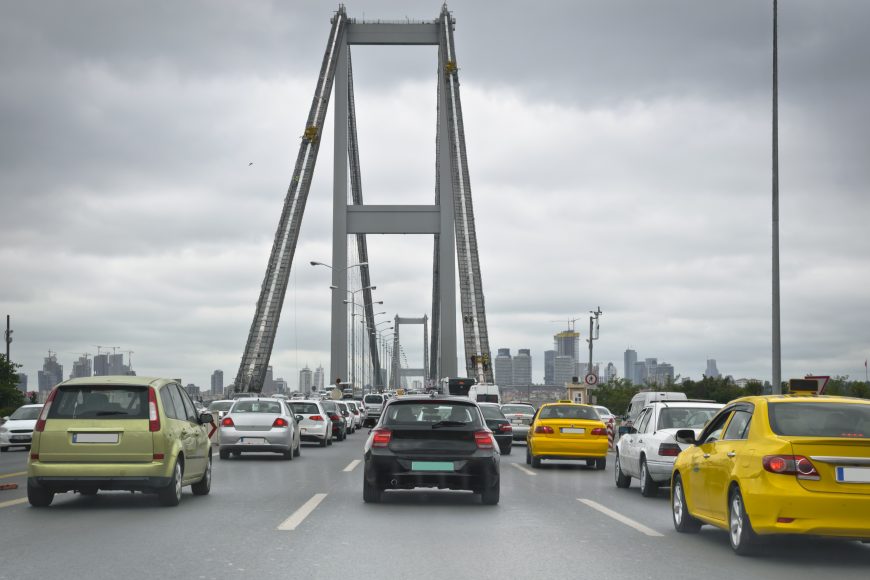 Driving in the City

Whether you’re on a business trip or enjoying your summer vacation, driving around in cities can be a major headache. These tips will help you avoid stressful situations while protecting your vehicle.

If you’re on vacation, you can make your own schedule, so why struggle with traffic if you don’t have to? Peak traffic occurs between two and six pm with additional heavy traffic between 6 and 9 am on weekdays due to morning commuters.

Put Valuables Out of Sight Before You Drive

Making your car look less desirable can reduce the chances of a break-in. Make sure change isn’t visible and move any valuable items like purses or shopping bags to the trunk before you drive into the city: if no one sees you open the trunk, no one will think to break into it.

Stick to One Lane

Switching lanes in traffic rarely saves more than a few seconds off of the trip time, but it greatly increases the chances of getting in a collision. Not familiar with the area and know you’ll need to exit in the next few miles? Stick to the right-most lanes so you can still get off the highway if you see the exit sign at the last minute.

Don’t Depend on Navigation Systems

In dash and smartphone-based navigation can lose their connection to GPS signals when surrounded by tall buildings or going through tunnels, so they’ll lose their way as you drive through downtown. Before you go, print up some directions or take a look at a map before driving so you won’t be lost during these service interruptions. Having an idea of where you’re going will also help you keep your eyes on the road so you can avoid hazards.

With a quick Internet search you can find out where you’ll want to park, how much you’ll need to pay, how you can pay and what times fees don’t apply. You may be able to avoid fees altogether with validated parking at some spots you’re going to visit.

Some cities now have apps that let you pay for parking from your smartphone so you don’t need to worry about having change. Around here, we have Milwaukee’s MKE Park. You can download it for your Apple or Android devices.

Dealing with One Way Streets

When you’re trying to get around crowded areas, it’s easy to miss One Way signs and get on the wrong road. Remember that one-way streets are marked with white lines between lanes, while two-way streets will use yellow lines. If you know you’ll need to turn soon, get in the lane closest to the direction you’ll be going.

Everyone does it: if you’re waiting to walk across an intersection and there’s no traffic, you may go for it, even if the crosswalk sign is red. Likewise, if the place you want to go to is across the street and there’s no traffic, you’ll probably jaywalk. As a driver, this means you should always be checking streets and intersections for people who may walk in front of you.

For the most part, bicycles are operated like cars in urban areas, but there’s one problem that changes their behavior: the longer a cyclist is in an intersection, the more likely it is that they’ll be hit by a car. Bike boxes, areas marked in green at intersections, are only for bicycles, giving them a head start when the light turns green while making them more visible to motorists. Cyclists are also likely to yield at stop signs instead of coming to a full stop. This is legal in Idaho and parts of Colorado and had been proposed in several cities, but it doesn’t stop people in other places from trying it.

In areas with curbside parking, you may see cyclists riding outside of the bike lane. This isn’t cyclist snobbery, it’s a matter of avoiding the “door prize.” People who park on the street have to open their doors into the path of the lane which an oncoming cyclist can’t avoid, resulting in a severe and possibly deadly crash. When you park, always look back to make sure there isn’t anyone riding toward your vehicle before opening your door.

If Something Does Happen, Get it Fixed Right the First Time

Even with the best preparation and highest awareness when driving, sometimes fender benders and break-ins still happen. When you need glass and body damage fixed, bring it to the experts at Merton Auto Body. We’re an I-Car Gold Class shop with ASE certified technicians, so we’re able to use the latest techniques to get your car back on the road. We also have an on-site appraiser to keep things moving with the insurance company so you can get your car back faster.