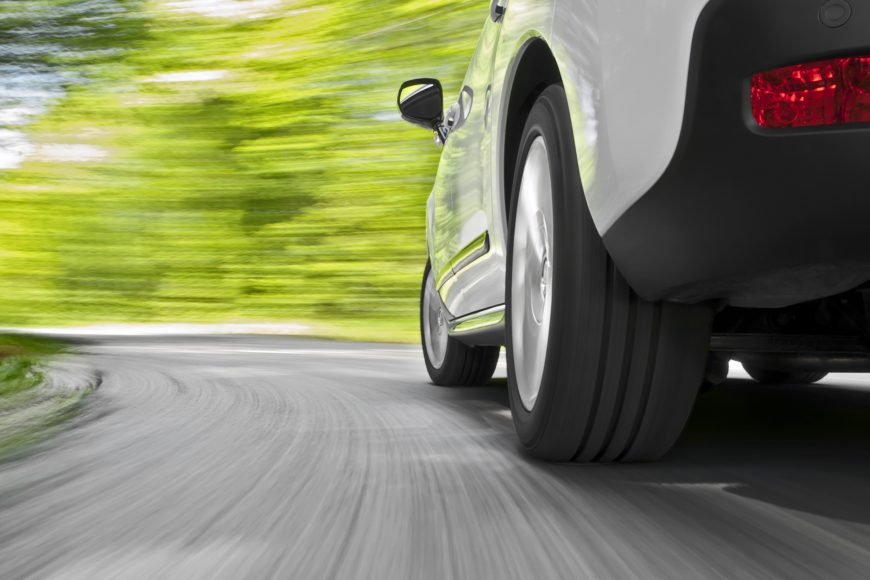 Oversteer and Understeer: How Your Car Handles at the Limit

Oversteer and understeer are often brought up when talking about performance, but these handling characteristics also play an important role when you must make emergency maneuvers. Quick movements can cause the tires to break traction, especially on wet and icy surfaces. Knowing what they are and how to deal with them could save you from having an accident and collision repairs.

Slip Angle at the Limit

Slip angle is the difference between where the tire is pointed and where it’s traveling. When the tires on your vehicle lose traction, they tend to keep going in the same direction.

In understeer, the front-end slip angle is higher than the rear end slip angle. When this happens, the front will swing away from the direction the car was turning, causing the vehicle to slide straight forward.

Automakers try to design their cars to have understeer. If the vehicle loses grip, the front end stays forward, putting the main crumple zone between the passengers and anything the vehicle hits. It’s also easier to recover from than oversteer. When a car oversteers, the rear end swings around so the car is moving sideways or in reverse, so the impact will be on the side or rear of the car.
Why not eliminate understeer and oversteer entirely? A completely neutral car can take turns faster, but it will lose traction abruptly. Dialing in a little slip warns the driver that the vehicle is about to lose control.

The Effect of Car Design on Slip Angle

Rear wheel drive cars tend to have a little oversteer since it’s easy to break traction by stomping on the throttle. Rear engine cars like the classic VW Beetles and Porsche 911s tend to have oversteer due to their rear weight bias. However, newer 911s have had oversteer almost eliminated thanks to years of suspension development.

Weight bias can also affect handling. Minivans tend to have heavy understeer with just a driver, but a fully loaded van will be almost neutral.

Recovering from Understeer and Oversteer

To get the grip back on an understeering vehicle, the demands on the tire tread needs to be reduced. That means using less steering angle and maintaining a steady speed. Unfortunately, inexperienced drivers will often panic, slamming on the brakes and turning harder. This keeps the tires from regaining their grip on the road, making understeer even worse. Suddenly braking or lifting off the throttle can also reduce weight over the rear end, inducing lift-off oversteer, spinning the whole car on its axis.

To get grip back on an oversteering vehicle, gradually let up on the throttle and steer in the opposite direction so the front end can keep up with the rear. This gives the rear end a chance to get its grip back while pulling the car straight again. Mastering this maneuver is difficult; when in doubt, it’s better to let the car drift instead of braking. Sudden braking can shift the weight of the car forward, lightening the rear end so it swings around faster.

The Effect of Alignment

A bad alignment can increase understeer, especially if the camber, the angle of the wheel from top to bottom, is off. Increasing negative camber slants the tire so the outside is higher than the inside. When turning, lateral forces push on the outer wheels so the tread lies flat on the ground for maximum traction. However, too much negative camber can cause camber thrust: the force of the angled tires makes them push against each other. When one side loses traction, the other side can push the car into a different direction. Toe-in, the angle of the front to back, can be dialed in to help counteract some of these steering forces.

Before or After a Slide, Take Your Car to Merton Auto Body

Merton Auto Body is more than just an auto body shop. We offer wheel alignments so you can be sure your vehicle will be stable in emergency maneuvers. Of course, if you do get into an accident, we can help there, too. We’re an I-CAR Gold Class certified shop with an ASE certified staff, so we have the latest skills and techniques for collision repair. We also have an estimating center to work with your insurance company, so work is approved quickly, getting you back on the road as soon as possible. Visit our convenience Sussex, WI location. We proudly service the Waukesha County and surrounding Lake Country areas including Oconomowoc, Delafield, Hartland, and Pewaukee.