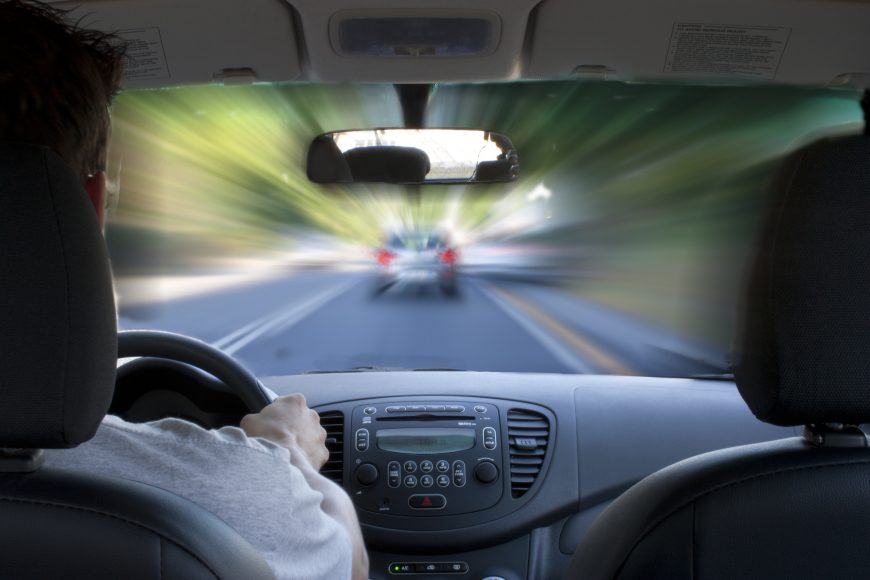 Reducing your chances of having an accident comes down to one thing: time. If you’re driving 70 mph on a highway, you’re covering just over 100 feet every second. That means even minor differences in reaction time can make the difference between avoiding and being in an accident. To keep yourself and your passengers safe, you need to be alert and focused on the road to notice problems as quickly as possible and you need to make sure you have time to react to avoid a potential crash.

Give Yourself Some Space

The greater the distance is between your car and other cars, the more time you’ll have to react. For most situations, it should take you three seconds to drive to the location of the car in front of you. If the weather is bad, or you’re driving at night, increase this time to 6 seconds so you have more time to notice obscured obstacles.

Yes, the effects of alcohol are well known, but 30% of fatal accidents still involve drivers who were impaired by this drug. If you plan on drinking at all, have a designated driver: even low blood alcohol levels resulting from one or two drinks can cut reaction times significantly.

The NHTSA estimates that there are 100,000 crashes every year that are the direct result of drowsy driving. Preventing drowsy driving isn’t just a matter of sleep, but of several factors that can reduce attentiveness:

– Driving for four or more hours without a break

– Eating a heavy meal or not being hydrated

While you may not be able to avoid traffic, or catch up on sleep, frequent breaks, light meals and plenty of water can do a great deal to help you pay attention to the road. If you’ve started a new medication, make sure you know how it affects your body before going on a major trip.

Be Cautious in Bad Weather, No Matter What You’re Driving

All wheel drive, four-wheel drive, limited slip differentials and traction control can all help your car get moving when the roads are slick, but they can’t do anything to help you stop. Lowering your speed in bad weather and driving to maintain traction can lower braking distances dramatically.

Simply put, the more the direction of your car is being altered, the smaller the tires’ contact patches will be. That means turning while accelerating or braking will reduce traction more than turning while holding a steady speed. When driving on wet or icy roads, plan ahead, slowing down before you reach a turn or curve, then maintain the car’s speed as you turn. If your car loses traction, use just enough throttle to maintain your speed and steer the car until the tires regain their grip.

The faster your car is traveling, the more ground it covers when you’re distracted. The more your speed differs from surrounding vehicles, the more likely it is that you’ll encounter a vehicle. The faster you go, the greater the force exerted on your vehicle, causing increased damage. Put it all together, and you have a major cause of crashes. The Department of Transportation estimates that 28% of crash fatalities in the U.S. are the result of speeding, and in Wisconsin, that percentage rises to 33%. In town, driving 10 mph above the posted limit is estimated to increase the likeliness of an accident by 50%.

Put Down Your Smartphone

How bad are distractions from your smartphone? Zendrive recently released data from their distracted driving study, the largest of its kind to date, covering 10 billion miles and 570 million trips.

Smartphones were used on 88% of trips at an average of 3.5 minutes per hour, resulting in several dozen breaks in the driver’s attention. A two-second glance at the screen means the car is traveling as much as 200 feet without the driver’s eyes off of the road, increasing the chance of an accident 20 times over a car with a focused driver.

When Accidents Do Happen, Take Your Car to Merton Auto Body

No matter how careful you are, there’s always a chance that you’ll end up in an accident. When that happens, bring your car to Merton Auto Body. We have an appraiser on staff to help get repairs approved quickly, and our I-Car Gold trained and ASE certified staff can get your car looking like new in no time.