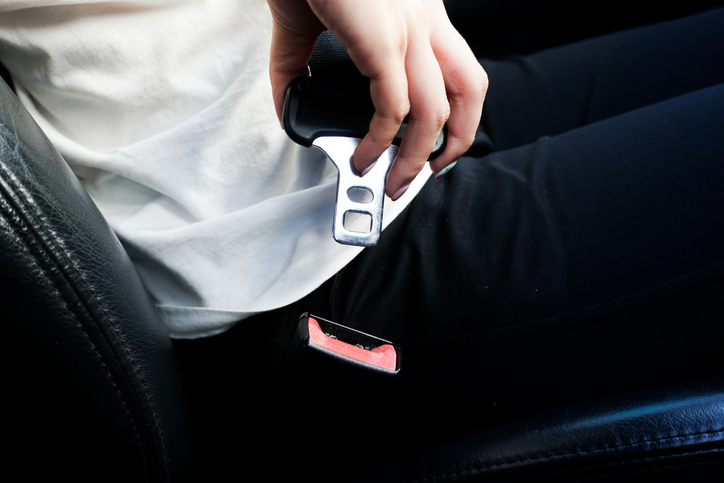 Seat Belts: The Most Important Safety Equipment in Your Car

Seat belts may seem like old technology, but they’re the most important pieces of safety equipment in your car. Here’s what you need to know about using them, how they protect you in an accident, and how they’re repaired.

How Effective Are seat belts?

The NHTSA estimates around 15,000 lives were saved by seat belt use in 2017 alone. That’s with 90% of drivers and passengers wearing a seat belt. If everyone wore seat belts, an additional 2,500 lives could have been saved.

How risky is it going without a seat belt? 47% of deaths in auto accidents are people who weren’t wearing their belts. Wearing a seat belt cuts the risk of having a fatal injury by 50-60%.

Are there situations when you shouldn’t wear a seat belt? No. Even in the most far-fetched “What if?” situation, you’re still better off buckling up.

If you’re pregnant, wear your seat belt 100% of the time. The belt may put pressure on your abdomen, but your injuries will be far less severe than they will be without a belt.

If the seat belt doesn’t reach, get a belt extender. These devices are cheap, but you’ll need one specific for your vehicle and seat.

Worried about being trapped if the vehicle is on fire, or it ends up underwater? Leaving your belt unbuckled won’t help you escape if the crash leaves you unconscious.

Speed kills, but that doesn’t mean you’re at less risk driving around town. Most fatal crashes happen at speeds below 45 mph and within 25 miles of the driver’s home.

You still need a seat belt in a car with airbags because they work better together. The belt keeps your body in place to be cushioned by the airbag. It also slows down your body, letting the airbag fire with less force. This helps it cushion your body on impact.

What happens in a crash when you aren’t wearing a seat belt? Let’s say you’re driving at 40 mph and your car hits an obstacle. The car stops, but your body is still going 40 mph due to inertia. You smack into the dash, steering wheel, and windshield at that speed. If your car has an airbag, it has to deploy at maximum speed to try and catch your body. Since you’re flying around in the cab, you’ll hit off-center.

What happens in that scenario when you’re buckled in? Normally, you can lean forward. However, if you move the belt rapidly, a tensioner locks the belt to keep it from being extended. Some new cars activate a pretensioner when a collision is imminent. This system uses a gas cylinder to lock the belt mechanism or even tighten it before impact. Now that you’re locked to the seat, your body slows down with the vehicle instead of slamming into the dash.

Seat belt webbing is incredibly tough, but it can still stretch when enough force is applied. This slows you down, reducing the peak force your body experiences. Modern belts also have load limiters that release the belt tension slightly under heavy loads. By spreading out the crash force, these devices decrease injuries and increase your chance of survival.

Seat Belt Syndrome: Why You Need Medical Attention After an Accident

While you may survive the accident seemingly unharmed, you still need medical care. With the force of the accident focused on the abdomen by the seat belt, crash survivors can experience a series of symptoms known collectively as “seat belt syndrome.”

In minor accidents, the force of the seat belt causes skin abrasions. In major ones, the restraint can cause internal damage, particularly to the organs in the lower abdomen. It can take two or three days for symptoms to occur. If caught quickly, you will only require minor surgery to repair the damage to your intestines. That’s still a far better outcome than you would have without a seat belt.

Seat belts are one use only devices. Once the belt and retention mechanism are stretched by a collision, they need to be replaced.

Used seat belts are usually replaced with new units. However, professionally rebuilt seat belts may be used for older vehicles when direct replacements aren’t available. The belt webbing is replaced, and parts of the tensioner mechanism are tested and replaced as needed. This is not a do-it-yourself job. While you may be able to bolt in the assembly yourself, a technician will be able to identify problems with the body and frame that can prevent the belt from working in the next crash.

Get it Repaired Right at Merton Auto Body

For over 70 years, we’ve earned a reputation in Lake Country for fast, top quality collision repair. That’s why we’re a preferred shop for many major insurance companies. When you take your car to us, you can be sure you’ll get it back looking and working like the accident never happened. Our shop is a few miles west of Hwy 164 in Sussex, just a short distance from Lisbon, North Lake and Pewaukee.