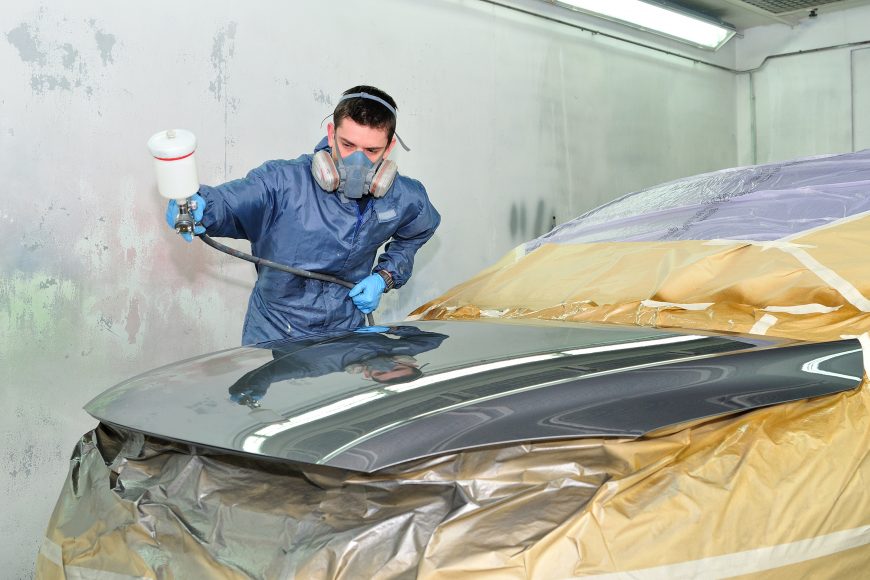 Who is Spies Hecker? With over 130 years in the paint business and sales to over 65 countries, this paint manufacturer is a dominant force in the automotive paint market. The company’s success is thanks to constant innovation, inventing many of the paint technologies we take for granted today.

The company began in Fritz Hecker’s shed, where he used whatever was available to make lacquers for coaches. With no access to expensive equipment, he would improvise, testing base oil temperatures by tossing in some onions and bread to see how fast they burned. While he had some success, he couldn’t match the quality of paints coming out of the UK. As the business grew, he partnered with paint manufacturing experts from Britain and entered the auto paint market in 1900.

WWI was disastrous to the company, first with the German government’s forceful acquisition of the company’s raw materials, then the seizure of German assets inside the UK after the war. The Spies family managed to borrow enough money to buy back their stock from their British partners before it was seized.

Working with Americans Before and After WWII

After the war, they turned again to foreign help, this time to American experts who had developed new nitrocellulose and synthetic resin paints. It was clear that science would be key to their success in the future, so Spies Hecker opened their own lab. They developed some of the first metallic car paints, which were used by Skoda, Lancia, and Tatra.

Yet again, a world war nearly closed the company. The workforce dwindled due to army recruitment, civilian production all but ended, one of the factories was captured by the Russians and the headquarters was bombed by the allies. Their first encounter with allied troops was much more peaceful: when a soldier stopped by Paul Hecker’s house looking for “soldiers, guns or whiskey,” Hecker’s English-speaking maid invited him in for a cup of coffee. Soon after, Paul and Adolf Hecker went to visit the American military government headquarters to get permission to restart the factory. They were greeted by a seemingly stereotypical American, only to realize he had been one of their suppliers before the war before joining the interim government. Approval was given shortly thereafter, and the company reopened its doors just four months after the war ended.

A Focus on Technology

The early years were rough as massive demand for products to rebuild Europe were met with a continual lack of raw materials. However, by the mid-50s it was clear that there was a massive economic boom around the corner, and Spies Hecker wanted to be ready to provide paints for the new cars that would be coming out. As German automakers like BMW, Mercedes, and Volkswagen rose to prominence, so did Spies Hecker. This was done through new international partnerships and subsidiaries combined with major research efforts. Much of the technology manufacturers and auto body shops depend on today were invented by the company:

Get the Quality of Spies Hecker at Merton Auto Body

Merton Auto Body uses Spies Hecker’s paint systems to create quality paint finishes on the cars and motorcycles for Sussex and the surrounding Lake Country area in Wisconsin. Our technicians receive the latest training from I-CAR and are certified by ASE, so you can be sure your repair will be made using the latest technology and techniques available.