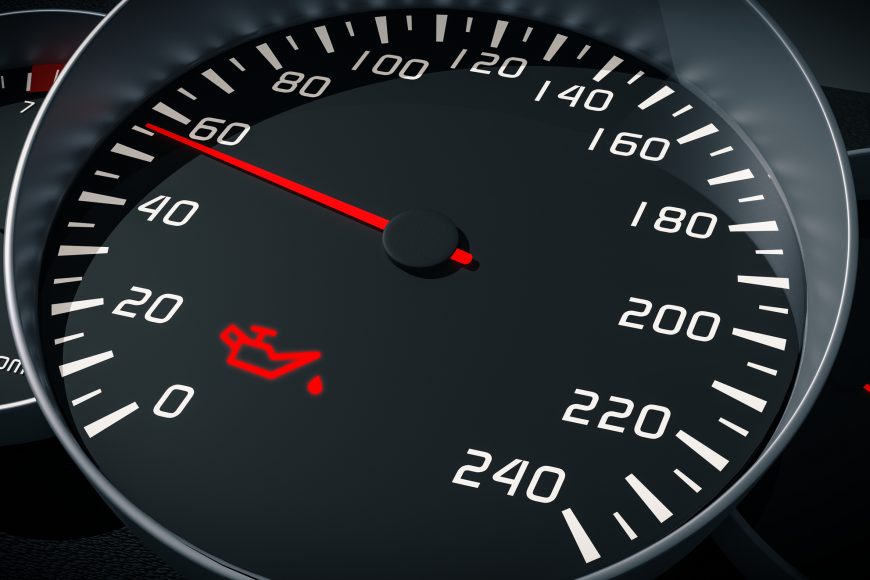 What to Do When the Check Engine Light Turns on

What does it mean when your car’s check engine light or airbag light comes on? Should you pull over or keep driving? Here’s how you can make the right choices when deciding on how to proceed with driving and auto repairs.

The Warning Lights Turn on When I Start the Car

The lights turn on so you can see that they’re working. If you’re looking at a used car, make sure the check engine light comes on: an unscrupulous seller may pull out the bulb to hide a problem.

Once the car starts, all lights should shut off. The safety restraint system (SRS) goes through several checks during startup, so it’s the last to turn off.

The Check Engine Light Stays on

If the light is on, it’s usually not an emergency. Check the rest of the gauge cluster: if the engine temperature is normal and the oil pressure light is off, you can probably get away with driving your car until you can bring it into a shop.

The Check Engine Light is Blinking

This indicates a major problem that can destroy emissions components and is usually caused by major engine problems. Pull over as soon as possible and have the vehicle towed to a shop. If you keep driving, you risk doing major damage to your car.

Most Common Causes of a Check Engine Light

Loose gas cap: Newer cars can detect any leak in the emissions system, including fumes coming out of the gas tank filler neck. If the cap doesn’t click when screwed down or it’s cracked, it needs to be replaced. Some cars have a separate gas cap warning light.

The mass air flow sensor measures air entering the intake, while the oxygen sensors measure oxygen passing through the catalytic converters. The ECU uses this information to deliver the right air/fuel mixture to the engine and keep the emissions system working. Failure will cause the engine to go into “full rich” mode, adding the maximum amount of fuel to stay running. This kills power and fuel economy.

If a spark plug isn’t getting the power it needs to work, the fuel won’t ignite in the cylinder. This reduces power and forces the catalytic converters to burn off this fuel, which can damage them if left unchecked. New cars have coil-on-plug systems that usually fail one at a time, making the engine run rough.

This device should last the life of the vehicle, but oil and extra fuel in the exhaust can increase the chemical reactions inside, melting or breaking apart the catalyst.

When the check engine light is triggered, an error code is usually saved in the ECU. This code can be read by connecting an OBD II reader to a port near the steering wheel. Aftermarket code readers are readily available, and most parts stores will have one you can use for free. However, knowing the code isn’t enough to fix the problem: any fault could have several causes from a bad part to some frayed wiring. Having the problem diagnosed by a mechanic instead of replacing parts that may or may not be faulty can save you money in the long run.

The Airbag Light is on

Depending on your vehicle, there will be an airbag or SRS light that turns on if there’s a problem with the safety restraint system. Recent models also have a second light for the passenger airbag, usually placed in the center of the dash.

SRS errors can usually be traced to three problems: if the vehicle is in a minor crash, the system’s sensors may be triggered, but the impact won’t be hard enough to fire the airbags. Likewise, severe corrosion can lead to similar sensor failure. Seatbelt sensors can also turn the light on, as the system adjusts the force of the airbag depending on whether the belts are being worn.

Airbags can be dangerous for small passengers, so newer cars have a weight sensor built into the front passenger seat. If the weight is below a certain threshold, typically 60-80 lbs., the airbag will be turned off, as indicated by the passenger airbag light. If the airbag is still off with an adult in the seat, have the SRS tested.

A vehicle with one of these symptoms is still drivable, but the airbag system may or may not work in a collision. For your safety, have the system repaired as soon as possible.

Make Sure Your Car is Safe After an Accident

When you need professional collision repair, go with the auto body shop that has provided repair services for Waukesha County and the surrounding Lake Country areas for over 70 years. Our shop is in Sussex, just a few miles north of Pewaukee near the Ironwood Golf Course.